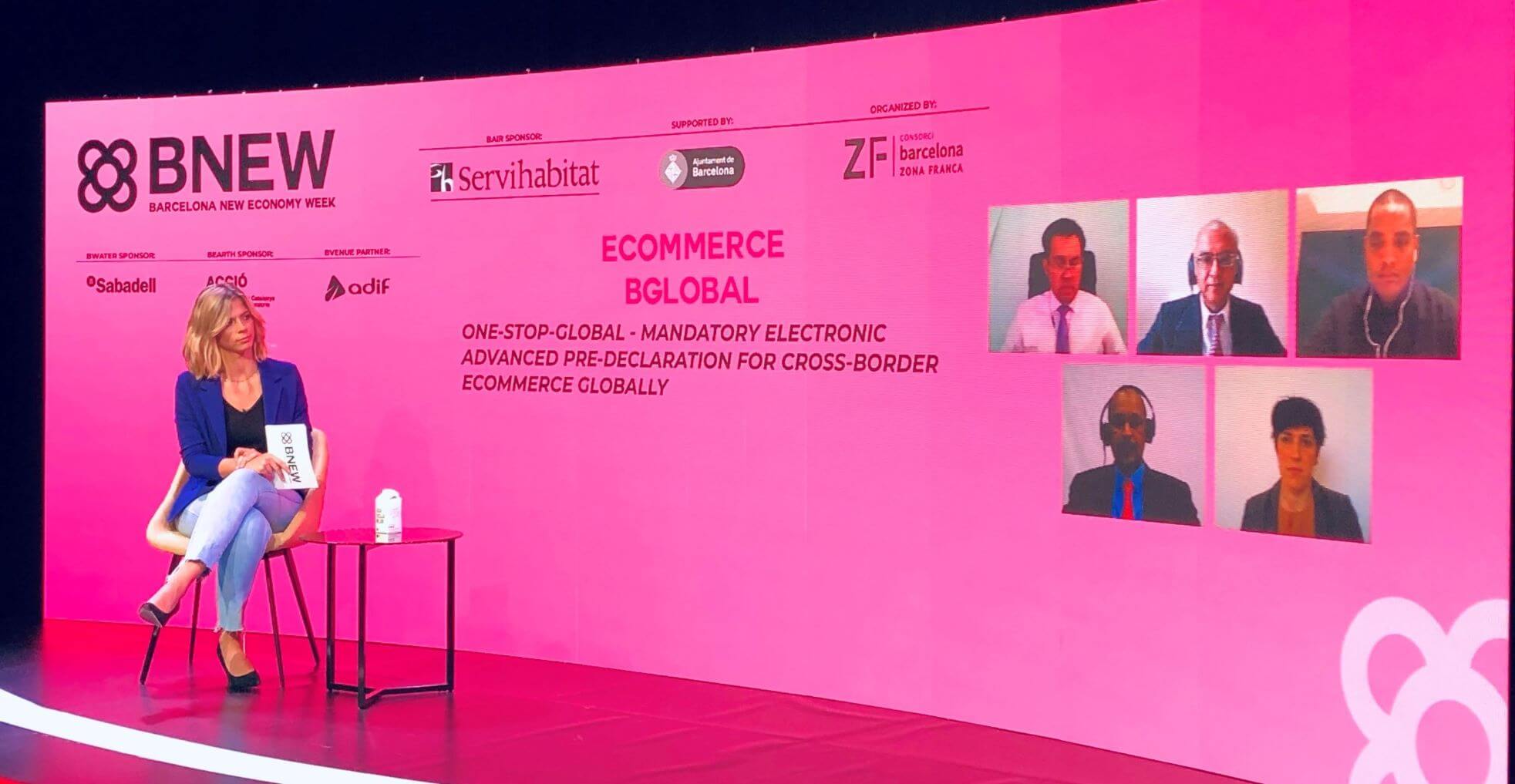 In his keynote opening the session, the Deputy Director General of the Universal Postal Union (UPU), Pascal Clivas, noted that 2020 had been a tipping point for the global postal community.

The pandemic had highlighted the essential role of postal operators within the 192 UPU member countries for mail delivery, and hence ecommerce.

The UPU as a global unifier of systems and solutions

The UPU has paved the way for digitalisation by setting standards for the mandatory exchange of electronic advanced data (EAD) for each commercial item in its network, thereby extending its own role as a global unifier of systems and solutions.

Creating a level playing field, and inclusion in general, are high on the UPU agenda, and the interconnectivity offered by the one stop global postal network will actively support less developed countries. While Free Zones around the globe can provide vital delivery infrastructure, the UPU facilitates access to world-wide delivery.

The UPU's Supply Chain Coordinator, Noor Adan, pointed out that global ecommerce already accounts for 12% of the world’s exports, and is expected to make up 30% of global trade by 2023, according to figures from the US Department of Commerce.

Electronic pre-notification for postal items containing merchandise has been a topic of discussion since 2007, initiated by governments and regulators as a means of treating cargo and postal items similarly.

For over a decade, the UPU has worked with the WCO, IATA, ICAO and numerous customs & border control agencies to explain the specifics of postal logistics, and to retain but modernise the exemptions enjoyed by postal items with respect to customs treatment.

The legal requirements for EAD were formulated years ago, but enforcement has been repeatedly delayed due to technological and operational difficulties.

However, as of January 2021, requesting EAD for pre-declarations prior to items leaving the country of origin becomes mandatory.

Free-trade zones around the world are gearing up to provide these solutions, making them an essential link in the online transaction chain.

By virtue of the principle of extraterritoriality, free-trade zones are ideal locations for major ecommerce platforms to set up distribution centres, speeding up delivery of their products, without incurring additional costs related to import duties.

The World Free Zone Organization (FZO) has signed a MoU with the UPU and has become a member of its Consultative Committee (CC).

This marks the start of close collaboration, providing access to the global postal network via free zones, reaching all consumers worldwide to create a true "one stop global" solution.

Eddy Richauvet, CEO & founder of ShopRunBack which is instrumental in 4PX deployment strategy in Europe, explained that, on average, more than 2 million ecommerce items sent daily originate from China. The postal network forms the backbone for worldwide delivery, while free zones allow suppliers to be close to clients, ensuring 72-hour maximum delivery times.

As commercial item volumes rise, harmonized digitalization, driven by the UPU, is not an option but rather a prerequisite to remaining competitive.

A multi-partner set-up will lead to a multi-optional network, primarily serving B2C by establishing a platform, ideally directly connected to end-consumers.

Beatriz Galván Santiago, Head of European Regulations at Correos, the Spanish designated postal operator (DO), explained how Correos has been active in developing and rolling-out the technology needed both internally, to connect authorities and partners, and externally, to offer access to the global network of postal operators. Correos has supported the development of EAD solutions for customs and security at UPU level over the last decade and has been actively engaged in establishing guidance documentation on postal customs and security matters within international organizations such as the WTO and WCO.

The start of an evolution

The moderator of the BGLOBAL One Stop Global session, UPU CC Chairman Walter Trezek, concluded the panel discussion by stating that the mandatory implementation of EAD pre-declarations for cross-border ecommerce globally in 2021 marks the start of an evolution.

He suggested the session had once again shown how collaboration between the UPU CC wider postal sector players – in this instance the world FZO – and the UPU designated operators strengthens delivery services, benefitting post customers worldwide by facilitating digital access to postal products and services.

Global stakeholders such as the European Union have already announced actions for the following 5 years, 2021 to 2026, which will build on this first digitalization step.