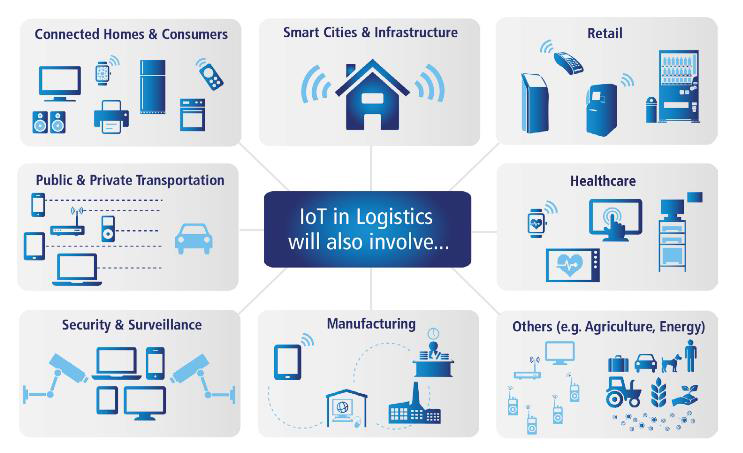 Advancing digitalisation and the networking of everything with everything [1] is fundamentally changing the face of our society. In just a few years ours will be a completely digital society and digital internal EU market.

Whereas in the past we were consumers, today we are increasingly becoming producers, or 'prosumers'.

As prosumers we use digital media and create added value by providing services. We carry digital end devices around with us wherever and whenever we go, increasingly connecting all areas of our everyday life.

This is a shift which is already perceptible in some market segments: the telecommunications market has changed considerably in the past years.

Companies providing broadband and mobile networks have become reduced to the status of utilities, and as such are interchangeable raw material suppliers. Other, highly innovative companies use these networks as the basis for creating over-the-top (OTT) added value with the aid of all others in the networks.

This fundamental shift, the result of increasing digitalisation, impacts all areas of our lives. In the field of energy and alternative forms of energy production, for example, consumers themselves are increasingly becoming producers, i.e. prosumers.

Networks can only be understood as integrated systems, as ecosystems. Ecosystems require an integrative approach which increasingly turns them into open and transparent systems.

Similar changes are underway in the transport industry. In the past decades digital systems have been introduced to support the system traditionally used in the analogue world, creating previously unknown rises in efficiency. The next step of completely networking everything with everything now enables significantly greater increases in efficiency.

This development is based on open, global network solutions and systems. Simple logistics cost calculations demonstrate that even the largest logistics enterprises cannot compete with ecosystems.

Proprietary networks – for example, one postal administration per country, cooperating with all other postal services on the principle of reciprocity to guarantee the delivery and collection of mailings – cannot compete with the scale effect of global network solutions.

Organisational structures which leverage on the distributed production means of prosumers are almost twice as cost effective as corporate structures with an analogue approach to networks who rely on proprietary systems and closed networks.

The impact this has on individual economic sectors can be seen in the transport and logistics industries, as well as the energy and telecommunications industries.

These industries are all similar in having quickly mutated from network industries into ecosystems.

The use of digital media removes the barriers between means of production, regions and labour forces. This creates a global market with an economy focused on collaboration via partnership-based, sustainable and transparent open global networks and systems.

These digital and self-regulating systems circumvent proprietary systems and control elements from the analogue world, and lead to new business models based on ecosystems and their internal dynamics.

The x-border exchange of goods and services ordered online is a good example of the dynamism of the digital economy. Not only can the production of goods and services be allocated to those regions in which they can be most efficiently produced, but shipping can also be relocated to where the costs of transport and delivery are lowest.

New enterprises have tackled the challenge of global secured payments and safeguarding transactions between seller and purchasers, and in doing so have become some of the world’s largest commercial structures.

The largest online retailers have no warehouses

The realities of our digital world allow the most successful of these enterprises to trade without having to maintain their own warehouses.

The core of their service offering is secured networking between the parties to an exchange, and securing the trust needed for such transactions – whether payment transactions, customs formalities, or guaranteeing safety, so that sensitive logistics chains can participate (e.g. for flight transport).

What we learn from the developments of the last 5 years

However free and self-organised a digital economy might appear, a solid foundation and technical and service standards are vital if interlocking markets and ecosystems are to function.

The legal basis for the necessary components such as electronic identification, signatures, seals, time stamps, delivery services, electronic documents and certificates for website authentication were established in the EU in 2014. Now technical and service-related standards need to be created by all those using the global network solutions and systems.

Access to this work must be assured for everyone in the EU member states. The political structures have created the framework conditions – now they need to be filled by all those impacted.


[1] Today it is not only people who communicate via the internet (email), social media (Facebook), and information searches (Google), but also things (including qualified assets, such as animals) via barcodes, passive and active antennae and sensors. Thus the Internet of Things is also an Internet of People. Everything is connected with everything.