From Postal Services to Commerce Logistics

A short history of the postal services 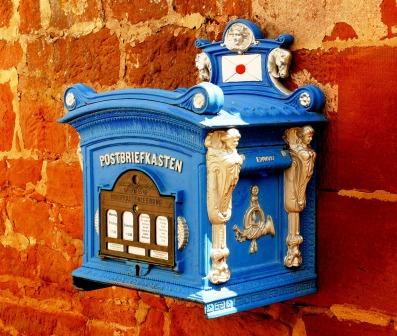 
As the European postal services market has been fully liberalized, postal operators (PO) have understood that the markets upstream and downstream of the core postal service provision are the key to their future.

The way society communicates has also changed fundamentally over the last ten years, and this has a direct impact on POs which provide the national, regional and global infrastructure for exchanging letter and parcel post items.

Their service offerings, the global network, legal foundations and relationships between POs all need to adapt and restructure - or they will become redundant.

Step One: Analogue to Hybrid

Letter post provision emerged in the 19th century. Fundamental human rights, such as the integrity and privacy of a letter post item, became enshrined in every nation’s postal law. A society’s stage of development and wealth could be directly measured by its growth in mail volumes. 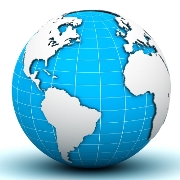 A Universal Service was created in order to ensure global access to postal services, designating national POs for each and every country worldwide.

The content of each item was legally safeguarded, with any breach of the privacy or integrity of a postal item being punished by law, globally.

The sender posts the original message in either physical or an electronic form and the message is then electronically processed and converted into a letter-post item for physical delivery to the addressee.

CEN/TC331 has ensured the equal and non-discriminatory access to hybrid postal services, and converted UPU technical specifications into European standards. 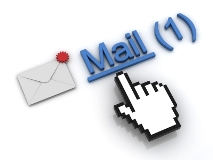 Where national legislation permits, and the sender or the addressee requests, the PO charged with its delivery may convert the original transmission either into non-physical form (fax, email, or SMS) or into multiple forms.

Where delivery is physical, the information is generally transmitted electronically for the furthest possible distance, before being physically reproduced at premises close to the recipient's address.

POs globally have been quick to understand that hybrid mail represents a paradigm shift. Due to the global nature of the postal network, initiatives to enable POs to bring the classic trusted nature of postmarks – “the mother of all date and time stamps” – into the digital and mobile age had already begun to emerge a decade ago.

The postal infrastructure forms the backbone for a government’s communications with its citizens.

Historically, access to a postal network was as important as access to digital and mobile communications is now. Today, the overwhelming success of email, social and mobile media has led to a decline in physical mail volumes and – more importantly – substitution by other means of communication.

In the European Union it is governments themselves who have driven this development, pushing new digital services which enable them to communicate in a secured and trusted way with their own citizens. 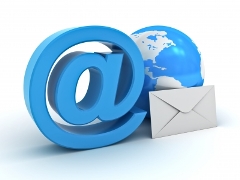 Recognizing this change, in 2008 the Universal Postal Union (UPU) laid the foundations for extending the postal service provision into the internet.

The European Commission, in mandating the creation of standards by the European Committee for Standardization (CEN), has actively ensured that the spirit and aim behind liberalizing the European market is not jeopardized by new and exclusive areas dedicated to the incumbent POs.

This step from digitally-composed mail piece to secured electronic distribution is evolutionary rather than revolutionary, and is due for completion sooner rather than later.

It is a major cultural change for POs to move upstream in the traditional postal value chain, entering the market for output management solutions and driving “electronic substitution”.

Whenever governments start to actively drive electronic substitution, social‐demographic indicators kick in. The impact on mail volumes is dramatic. Yet POs generally prefer to drive this substitution themselves rather than leave it to potential competitors. 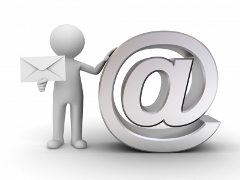 The core PO service provision offers a unique proposition to the two parties involved in any mail communication – authenticity, integrity and trust.

These principles are safeguarded globally by national and international laws. This Trusted Third Party concept is the cornerstone for future POs.

E-delivery, and certain aspects of electronic cross-border identification, has been made inter-operational. This supports the evolution of the postal network, which is by definition universal and increasingly multi-channel. 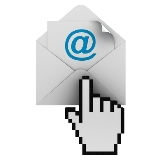 Finally the mailbox will see its digital equivalent.

The electronic mailbox (e-mailbox) in the digital world will serve a similar purpose to the traditional mailbox in the physical world. One might argue that everyone online already has an e-mailbox – yes, and no; the legal obligations currently associated with a physical mailbox are not yet valid for e‐mailboxes.

However, as you read this, POs globally are adopting the concept of secured electronic mailboxes. (One example is the Post Danmark eBoks, described in our Best Practice series)

All these developments are based on international standards and principles which aim at establishing global SePS networks, parallel to the physical networks which were established by POs around 125 years ago and maintained ever since.

The concept of a postal electronic mailbox was enshrined in the UPU’s letter post convention of June 2011.

To ensure the equal and non-discriminatory access to reverse hybrid postal services, CEN/TC331 WG2 started work on standardizing the processes and technologies already in use. Results and first drafts were scheduled for the end of 2012.

As mail delivery and addresses (sender and recipient identification) become multichannel at national and global level, POs find themselves, yet again, in the role of a trusted mediator.

This role is becoming even more important as personal and sensitive data, profiles and preferences all need to be protected, authenticated and secured. 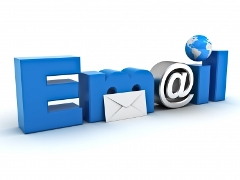 Data is the new commodity in a market-driven economy

Just as the postal address is core to several levels of postal In-Person-Proofing services offered by most POs providers today (whether for secured delivery, first class or second class mail, parcel services or postal financial services), so user identification and authentication are essential if many cross-border services are to become successful and secure.

Neither individual identities, nor preferences, nor profiles may be compromised. What is needed is a trusted broker, one who manages identities, profiles or even preferences, on behalf of all the parties involved, and ensuring that fundamental rights are protected.

Although POs, in general, have understood the relevance of these developments, not all are actively stepping up to take on this role of Trusted Third Party and provide these communication logistics via the UPU TLD .post themselves.

This represents a major shift in their business models, one some POs are unwilling or unable to make. Consequently, the field is being opened up to new competitors.

The business model of traditional POs is:

In contrast, modern ecommerce and digital communications are based on:

Our communications behaviour is changing, and with it the way we regard and use POs (had to travel far to wait in a long post office queue recently?).

The question remains, will POs adapt to these changing framework conditions and, if yes, will they be able to change their model as fast as the rest of the world is changing?

New players will enter the market, redefining the framework conditions. Some POs are very close to seeing the END for their traditional business model.